Brown Bear, Brown Bear, What Do You See? by Bill Martin Jr. and Eric Carle

The colorful illustrations, the rhythmic words, and the familiar animals make Brown Bear, Brown Bear, What Do You See? by Bill Martin Jr. and Eric Carle a favorite picture book.

On each page, the reader asks an animal what he sees; the animal responds with another animal. In the end, the students in a classroom are the ones seeing all the animals.

But such a simple concept is not the only thing that gives magic to Brown Bear: each page has a rhythm to it.

The sequels to Brown Bear are not as captivating. One successful sequel is Polar Bear, Polar Bear, What Do You Hear?, in which each zoo animal makes a noise. The rhythm is not as appealing, but the gorgeous animals and the sounds they make are. In the end, a zoo keeper hears children trying to make all of those same sounds.

But the delightful rhythm and the interesting animals are missing completely in some of the other sequels. For example, in Panda Bear, Panda Bear, What Do You See? each animal represents an endangered species. While that is a nice idea to nurture awareness, it doesn’t really work in the same format. Subsequent pages have the macaroni penguin, the water buffalo and other endangered species. So, for example, a subsequent page reads:

That leaves me cringing as I stumble over it to read aloud, and I doubt it would captivate a younger audience.

The final sequel (thus far) is Baby Bear, Baby Bear, What Do You See?, which features animals from North America.  It also felt like it had some agenda, and the animals weren’t delightful, nor did they fit the rhythm.

If you’re looking for a delightfully illustrated, rhythmic book to read your child, all the while learning colors and animals, I’d suggest Brown Bear, and maybe Polar Bear. Eric Carle’s illustrations are classic, and the rhythm makes them a fun bedtime read aloud. They also are available in a board book format.

Is Brown Bear a favorite in your home? Which of the sequels have you read? Do you like them? 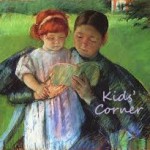