Beatrice Nash is an educated, talented, and pleasant woman. But life in 1914 England does not give much credence to those qualities when she has been left orphaned and impoverished at the old maid age of 22 without any marriage prospects. To make matters worse, she must rely on her unfriendly relatives for assistance in finding a job. Her position as Latin teacher to the small school in Kent is tenuous, and she can only hope that somehow she can find the means to get ahead of her fate.

Meanwhile, Hugh Grange visits his aunt in Kent this summer, along with his cousin Daniel, and the two friends find themselves in a new situation as the country turns in the tides of war.

Yes, The Summer Before the War by Helen Simonson does have a romance in it, and the tea parlor conversations in it make it a delightful woman’s novel. But in the tradition of Downton Abbey, we also face the dichotomy of the classes during an intriguing changing era when the world is soon to be turned upside down by war. Add in a very timely discussion of refugees from Belgium, and I found The Summer Before the War to be a delightful British novel for capturing my Downton Abbey-starved mind. END_OF_DOCUMENT_TOKEN_TO_BE_REPLACED 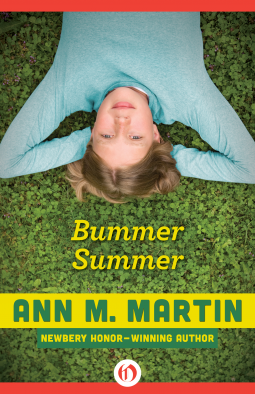 When I was young, I loved Ann M. Martin’s books. Of course, I read The Baby-Sitter’s Club, but I also looked up everything else she wrote. The book I received for review consideration seemed eerily familiar as I read it, so I’m pretty sure I visited this once before.

Bummer Summer by Ann M. Martin (Open Road Media, April 2014) was originally published in 1983 and now it is being issued by Open Road Media as an ebook. This book is such a fun summer read. Kammy’s dad has just remarried a woman with a baby and a three-year-old girl, and her life is now turned upside down! She doesn’t want to lose her place in her house and her dad’s heart but they want her to spend the summer at Camp Arrowhead. Can she survive away from home? It is sure to be a bummer summer.  END_OF_DOCUMENT_TOKEN_TO_BE_REPLACED

F. Scott Fitzgerald’s writing in Tender is the Night (published 1934) is impressive. He writes complex sentences with incredible fluidity and rich vocabulary. This seems to give each sentence, each paragraph, and therefore each page a sense of life. Reading Fitzgerald is an exercise in appreciating the complexities and the beauties of the English language. Since I listened to part of the book on audio, I found that as I slowed down my reading, I better appreciated his writing.

However, to be completely honest (because this blog is a record of my honest impressions of what I’m reading), I finished reading Tender is the Night and thought, “Well, what was the point of that?” Even after discussing the book for more than an hour with my book group, I feel no closer to understanding. Although the writing is delicious and satisfying, the characters he creates are nearly unbearable. The story is billed as his most autobiographical, and it is a deeply psychological novel, with occasional action to drive the characters’ inner development.

Tender is the Night is the story of one man’s downfall from greatness into self-absorption, as he loses the drive and the ability to succeed. My problem was that I never felt like Dick Diver was the fantastic man others believed him to be. I felt that he fell from a rather short distance: he just didn’t realize how mediocre he was from the beginning. My book group all seemed to disagree, however. Whether or not Dick was a fallen hero, though, Dick’s story failed to move me to empathy. I wonder what I missed that may have allowed me to really delve in to this classic.

END_OF_DOCUMENT_TOKEN_TO_BE_REPLACED 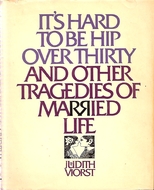