The Fate of Africa by Martin Meredith

At nearly 800 pages, The Fate of Africa by Martin Meredith is overwhelming in scope. Subtitled A History of Fifty Years of Independence, the book attempts to capture the histories of all the countries on the African continent. Yet, such an ambitious subject cannot adequately be captured in less than 800 pages: each country has its own complexities. The history of the myriad of countries and people in Africa cannot be adequately explained in one book. Meredith neglected some countries’ histories while others were well drawn. In short, The Fate of Africa gave me a good grounding in some countries but left a gap in my understanding of others.

Nevertheless, I read The Fate of Africa to get a better context and understanding of the African continent today, and for that it delivered. Because I was regularly referencing the maps at the beginning of the book, I feel I know the continent: if you gave me a blank map, I probably could label the majority of the countries! That is something that I could not do a few months ago. I also have a pretty good understanding of some specific recent events in Africa: the Rwandan genocide, Zaire’s turbulent past, and so forth. It’s quite sad to read of so many countries being overtaken by military dictators: after independence, there was so much hope for democracy among the people.

One other concern I have with The Fate of Africa is the author’s purpose. It seems Martin Meredith is a primarily a journalist, rather than a historian. It makes the book easier to read (no worries about academic mumble jumble here; it’s easily accessible). Yet, there are plenty of opinions. One that stood out, just for an example: “the “psychopathic Serbs fresh from the killing fields of Bosnia” who come to aid in the Rwandan genocide (page 535). Psychopathic, really? Is this a medical diagnosis? Although it is rather disturbing that anyone would participate in genocide, such descriptions certainly inserted Mr. Meredith’s own opinions into the history of Africa. I should note that although there are not footnotes for each page, the book does include a lengthy list of books referenced.

I can’t tell you much about the countries in Africa in the past fifty years. After finishing the large tome, I find all the histories blend together. I enjoyed the book, despite Meredith’s obvious bias toward drawing a depressing picture of Africa. (Don’t get me wrong: it seems Africa’s most recent past is rather depressing. But Meredith was obviously writing with that agenda in mind.)

As I read African fiction, I believe I’ll find myself referring to this book to make sure I understand the context. I’m glad I read The Fate of Africa, despite the flaws. 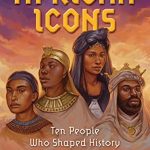 Baking Cakes in Kigali by Gaile Parkin
Reviewed on November 24, 2010
Previous
Next