The Librarian of Auschwitz: The Graphic Novel

The Librarian of Auschwitz by Antonio Iturbe (adapted by Slava Rubio, translated by Lilit Zekulin Thwaites, illustrated by Loreto Aroca) is a graphic novel about Dita Adler, a Jewish teenager in Czechoslovakia during World War II. She ultimately survived the WWII concentration camp Auschwitz with her love of books, stories, and imagination as a strength to her.

Upon arrival at the camp, Dita and her family were surprised when their hair was not shorn and they were allowed to remain together. In this section of the camp (called BIIb), Dita (who speaks and reads multiple languages) was appointed to hide and care for a few clandestine books in German and Czech. She also helped teach and care for children in a children’s block set up within this section of the camp. Despite the unique setup of this camp, half the prisoners died within 6 months of arriving at BIIb.

When Red Cross volunteers visited the camp, the purpose of their special treatment was clear: it was set up as a propaganda camp. Once this Red Cross visit was complete, BIIb residents stopped receiving special treatment, and many were killed after all.

As victory for the Allies neared, Dita was transferred again and again to new camps. Although she had to leave her treasured books behind, her imagination and memory of the books kept her strong until her release at the end of the war. Her older sister managed to survive the war as well, though they had lost her mother and father to death. After the war, she rediscovers Ota Krauss, who had helped her hide the books when they suffered together in BIIb. Her true story ends on a positive note as she begins a new life with Ota.

Dita’s story is a unique coming-of-age story. Her strength in the midst of trying circumstances was inspiring, and her different situations in a propaganda camp in Auschwitz taught me a new aspect of the war I hadn’t been familiar with. Even with an educational program for children and families remaining together, the sad part is that the fate of these people was similar to others’ fates. Camp BIIb lasted just a few months (from September 1943 to May 1944) and those selected for the camp did not have a reprieve from hunger, disease, and the cold. Of the 17,000 in this propaganda camp, only about 1,300 survived the war. The hope is that by remaining together, reading books, entertaining each other, and educating children may have helped them remain strong until their end.

Although Dita’s story was based on true events and Dita is a woman who is still alive, The Librarian of Auschwitz was first a novel for adults, originally written in Spanish. This graphic novel version, adapted for children, was originally published in Spanish as well. (The graphic novel will be published in the US by Godwin in January 2023.) Due to the subject matter, which includes scenes of violence, dead bodies, and brief but tactful nudity on occasion, I’d recommend The Librarian of Auschwitz graphic novel for children 12+ only. I classify it as fiction (despite the true parts) because that is the designation the original author gave it. I do not agree that it would be appropriate for ages 8-12, as Amazon indicates.

Note: I received a digital review copy of this book for review consideration.

The Complete Maus: A Survivor’s Tale by Art Spiegelman 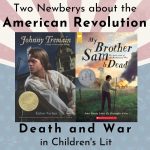 Death and War in Children’s Literature: Two Newberys about the Revolution 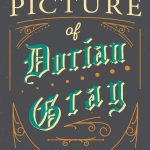 The Picture of Dorian Gray by Oscar Wilde (+ graphic novel version)
Reviewed on December 19, 2022
Previous
Next