From my limited perspective (that is, having read Undaunted Courage), the life of Meriwether Lewis was tragedy. He was a very good leader in the midst of an unknown wilderness, yet the results of his expedition were little because of his subsequent drunkenness and ineptitude at producing his results, governing, and otherwise assimilating back in to society. It took 100 years for his journals to be published in full, and much of what he had discovered in science and geography had by then been rediscovered by someone else.

In terms of reading about Meriwether Lewis’ life and expedition to the Pacific, I found Stephen Ambrose’s Undaunted Courage: Meriwether Lewis, Thomas Jefferson, and the Opening of the American West to be disappointing as well. The book was dull in writing style, in research, and in cliché phrases. Just as with last month’s book club pick, I probably would not have read it if not for the upcoming get together. In fact, I would have abandoned this book completely if the group leader had not asked me to lead the discussion (she is out of town).

The Expedition and Story

I did find the history of the Lewis and Clark expedition rather fascinating. In an era before any transportation except boats, horses, and one’s own feet, Lewis, along with his co-Capitan William Clark, traveled from St. Louis (Lewis originally came from Washington, D.C.), to the Oregon coast and back again (8000 miles) by crossing the most formidable and then unknown mountains (in Idaho) in many feet of snow. His task was to travel through the newly purchased territory of Louisiana, converse with the Native American groups (and informing them that the United States now owned that land), find the head of the Missouri river, and hopefully find the long-desired Northwest Passage to the Pacific Ocean. All tasks were attempted with great diligence and much adventure, although of course there was no Northwest Passage.

I enjoyed learning about Lewis and he surely seemed uniquely able to lead such an expedition. In the first 100 pages, which were about his childhood, I kept imagine him as a hobbit, especially when it was mentioned that he went hunting in bare feet in the winter snow. Lewis seemed to be a complicated man, but his relationship with in his co-leader Clark and his confidence in the success of the mission and the abilities of his men gave him a manner that I highly respect. Despite his character faults and the subsequent tragedies (like his suicide) which were to come upon his return to society, he was mostly grounded and certainly a leader to be admired while leading his expedition. The last 80 pages, which were about his life after the expedition and his suicide, were quite heart-breaking since I spent so many pages admiring his bravery and leadership.

However, even though the expedition, its goals, its adventures, and its people were quite fascinating, I had a sense of unease as I read about it, mostly because of the jingoism of the Americans towards the natives. In particular, I despised Jefferson’s and Lewis’ ideas of bringing the natives in to submission to the United States. These were young, rough frontiersmen showing up with beads and saying, “This is your new father” as they handed them a likeness of Thomas Jefferson. I was offended for the sake of the natives, who were consistently referred to as “children” and “savages,” and discussed by the expedition as though they needed to be overcome. The expedition could survive in neither the harsh Northern Montana weather nor the mild but wet Oregon weather. Rather, during both winters the travelers need the food and expertise that the natives provided.

Further, I hated that the expedition never seemed to acknowledge that they were the ones trespassing.  My book club chose a book about Lewis and Clark because they wanted something “patriotic” for the month of July. This was not a patriotic story: it was disgusting to me. The horrible thing was that this really happened, and this is not the fiction I wished it was. While I certainly can appreciate that times were different then, it is no less disturbing. I feel sick to my stomach when I realize how my American predecessors treated the natives in this country.

I did not know much about the Lewis and Clark expedition before I picked up Undaunted Courage, and I’m amazed that such an adventure was told in such a dry manner in Mr. Ambrose’s book. He quotes from other sources extensively1, and he gives insignificant details such as exactly which path the adventurers followed at each point of the day and on which corner of the campsite was the latrine2.  But as the Corps of Discovery is being attacked by a bear, the text is quite matter-of-fact. Seriously? Isn’t this exciting?

I did breathe a sigh of relief when the company made it back to St. Louis (civilization), so the book was a tense and therefore a somewhat exciting read.  Being previously unfamiliar with the expedition, I had not known how it would work out. But this excitement was due to the events as they happened, not Undaunted Courage. If I read one more “and this was the first time west of _[fill in the landmark]_ that an American did _[fill in the event]_”, I decided I would figuratively throw the book out the window. (It’s a library book, hence the “figuratively” qualification). Personally, I don’t really care if no other American before 1804 had an Independence Day celebration west of some important landmark. Is that really such a red-letter day? I guess I’m not easily impressed with “firsts” like that. Especially since I felt that it wasn’t really America but native lands that the Americans were appropriating from the Native Americans without their permission.

On the other hand, I wish there was more explanation about, for example, a group that had their horses stolen by Indians, made themselves a bullboat, and met up with the group. That sounds quite interesting. But what I’ve just said was all I know. Mr. Ambrose rarely expounded on such tantalizing events.

Mr. Ambrose also had the tendency to “wax poetic” with his own ideas. For example, just before Lewis committed suicide, Mr. Ambrose spent more than a page wondering what Lewis was thinking about at that moment, and listing out all the marvelous sites Lewis had seen and adventures he had had while on his expedition. This seemed nothing short of inappropriate for a biographer. I don’t mind seeing a little bit of the biographer, but the bulk of a text should be on the facts, and supposing the man’s thoughts for such a long section seemed completely irrelevant, especially since Lewis, as an obviously mentally distressed man about to commit suicide, most likely was not pondering the beauty of the Idaho mountains. This, and other such tangents, gave the book a decidedly ridiculous aspect.

I’ve mentioned before that I am an avid note reader. Mr. Ambrose’s endnotes are not worth referring to. Ninety-nine times in a hundred, they simply refer us to the source that said what Ambrose had just reiterated. The endnotes never elucidated the facts. Undaunted Courage was a book that could have been written in notes; instead, mundane details are put directly in the text. With some better organization and a lot of editing, the book would have been 150 pages shorter. (It was 485 pages as it was.)

I hope I am not misunderstood. I am a fan of history and biography, and I normally like history books. It may be that my current reading ADD has affected my enjoyment of this book. It could be that summer weather distractions have made me harder to please. It could be that I’m the wrong audience for this book, and it would be much better appreciated by a true Lewis-and-Clark buff. Then all the day-to-day details may have been very important. Nonetheless, I seriously disliked Mr. Stephen Ambrose’s book, and wish I had read different book to learn about Lewis and Clark. That’s really the bottom line.

That said, I’m off to pull some information together so we can have a nice book club discussion, regardless of this book. (I don’t think most people will have read it at all, let alone in full. I don’t know if that makes me more annoyed at having to suffer through it or relieved that we can just talk about the expedition…)

(Kids Corner) Some Cybils 2011 Books Based on True Stories 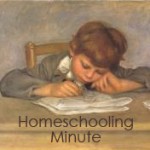