The five Christmas novellas Charles Dickens wrote were written in consecutive years, with A Christmas Carol in 1843, The Chimes in 1844, The Cricket on the Hearth in 1845, The Battle of Life in 1846, and The Haunted Man and the Ghost’s Bargain in 1847.

Charles Dickens was just gaining in popularity and I’m sure his publishers were excited to have something else to offer their readers. Unlike his novels, which were published serially, these were published first in booklet form. Charles Dickens would read them in public during the holiday seasons. The most popular on the stage was The Cricket on the Hearth. (See Wikipedia for more information on that.)

Read my review of A Christmas Carol separately.

The Chimes reminded me of “I Heard the Bells on Christmas Day.” In both, someone listens to the bells chiming and finds despair in life and then, ultimately, redemption.

In The Chimes, Toby (“Trotty”) Veck is a poor old messenger who is striving to keep a life for himself and his lovely daughter. One cold New Year’s Eve, he hears the bells calling to him; when he visits the chimes, goblins show him the true misery that may be his daughter’s life; good people have become ruined and wicked.

I found this novella incredibly depressing, as it seemed to dwell for the majority of the time on how anyone can become wicked. Charles Dickens’ ultimate point was that circumstances make wickedness; the poor are not born with wickedness. It seemed to be an overly political message for the rich who judge the poor unfairly. However, I disliked the format and the spooky depression that the goblins on the bells provoked. I don’t think I’ll ever reread this novella.

The Cricket on the Hearth 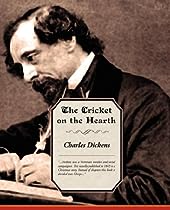 Dickens’ third Christmas novella, The Cricket on the Hearth, was the most popular in his day, for it dealt with family and home. One Christmas, John Peerybingle begins to suspect his rather new wife of having an affair, a suspicion created by the grumpy Tackleton, who is surprisingly getting married that season. Caleb Plummer is Tackleton’s impoverish employee, further impoverish because his sailor son has been lost at sea. Caleb has convinced his young, blind daughter that Tackleton has been the benefactor of their existence in order to help her life be happy, while in reality Tackleton has only impoverished them. Caleb now he regrets his deceit.

Once I got past the first few pages (which seemed quite slow to me), I enjoyed the characters that Dickens so marvelously created. The Cricket on the Hearth is a predictable, formulaic story, as are the others, but it was certainly worth the time I spent reading it.

The Battle of Life

The Battle of Life is the least “Christmas-y” of Dickens’ Christmas novellas, and even after reading it I struggle to put in to words what it was about. I don’t know how to discuss or summarize it without revealing the entire plot. Let me try: Pessimistic Dr. Jeddler thinks life is a joke, until his youngest daughter disappears and he must face the sadness that comes from life head-on. As is typical of Dickens, all works out for the best in the end, but not before there is a lot of heartache and pain.

In The Battle of Life, Dickens creates Clemency Newcome, a woman all elbows who works for Dr. Jeddler. I really liked Clemency. While her “battle of life” was actually secondary to the others, in some respects Dickens made her just as important. The Battle of Life was entertaining, but not Christmas-y or as thought-provoking.

The Haunted Man and the Ghost’s Bargain

In The Haunted Man and the Ghost’s Bargain, the last of Dickens’ Christmas novellas, Dr. Redlaw is haunted by his past; he constantly dwells on the sorrows, wrongs, and pains that others have given him. One Christmas, a ghost visits him with a gift: Redlaw’s own memories of his sorrows will be taken from him. Further, any one he touches in the coming day will likewise be unburdened by their horrible and painful memories.

Redlaw is pleased with this gift and sets out to find the poor and suffering people who he can relieve of their sorrow. But he finds that without their sorrows, people, he included, are left cold and unfeeling: people stop being charitable to each other in conversation and treatment. He seeks for a remedy to this “gift,” but the ghost is unable to give Redlaw his memories again. Only the influence of a saintly woman can restore happiness to the individuals Redlaw has touched.

I loved some of the characters in this story, especially the Tetterby family, which was delightful. The story was somewhat sad told through Redlaw’s perspective, and his story wasn’t neatly solved in the end as does A Christmas Carol, but it still was a worthwhile and meaningful story.

In the end, I’ll keep rereading A Christmas Carol and I may reread The Cricket on the Hearth, but I don’t think I’ll ever reread the others. The others were not nearly as memorable or as enjoyable to read. I’m kind of glad he stopped them after 1847 because the last few were as not memorable at all!

Have you read Dickens’ other novellas? What do you think of them?