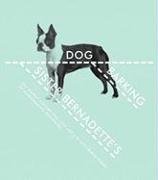 In Sister Bernadette’s Barking Dogs: The Quirky History and Lost Art of Diagramming Sentences, Kitty Burns Florey sets out to tell why diagramming sentences is so much fun and the brief history of the art of diagramming sentences. To some extent, I felt Florey’s book was more memoir and humor than it was history. Yet, I highly enjoyed the brief tribute to diagramming because I was one who was fascinated by the month I spent in seventh grade learning to diagram.

Florey’s tone is personal throughout the book – she reminisces of her own first experiences with diagramming, first when she visited a friend’s school while in fifth grade, then in sixth grade in her parochial school, where Sister Bernadette put the “barking dog” sentence on the board. Florey recalls why she liked diagramming so much, and throughout the book, she throws in geeky humor. It felt like she was trying to be as funny as, say, Mary Roach was in Stiff (thoughts here). But it kind of reminded me of me: I try to be funny but don’t always come across as funny. Florey’s “funny” was kind of distracting sometimes. She was also incredibly critical of George W. Bush’s grammar time and again, without mentioning many other politicians. I don’t personally like George W. Bush (grammar or politics) but it still got very exhausting to hear repeatedly about how dumb he is, especially for such a short book (150 pages).

But despite (or perhaps because of) the overall geekiness of sentence diagramming, I enjoyed reading Sister Bernadette’s Barking Dogs. It caused me to reminisce on my seventh grade class, when Miss Canning first put a diagramed sentence on the board. I liked diagramming because English suddenly became dividable and measurable, like math but still with words. There was a place for each word of the sentence, and it was a tricky assignment to get it right. I enjoyed it very much.

Florey does go beyond reminiscences. She details the birth of diagramming (Reed and Kellog), some very general rules of diagramming, and modern writer’s opinions of diagramming. She debates whether or not learning to diagram helps improve writing, and shares diagrams of the sentences written or said by various writers and politicians. Then she delves in to why sentence diagramming is no longer in fashion. She even visits a junior high class room today that is diagramming sentences: it sure sounds like fun to me! (Why, oh why, don’t kids do it anymore?!

My paperback copy of Sister Bernadette’s Barking Dog is used; one or two pages have some pencil writing in the margins. But the cover is fully intact and it looks (and feels!) like a new book.

To be entered into the giveaway, tell me at least one of these things:

If you have reviewed Sister Bernadette’s Barking Dog on your site, leave a link in the comments and I’ll add it here.

On Writing by Stephen King

Reading Like a Writer by Francine Prose
Reviewed on March 30, 2009
Previous
Next